Everybody loves a bit of nostalgia 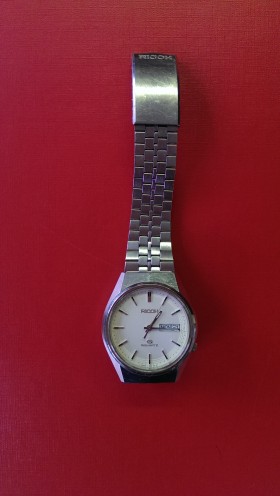 1981 was the year that brought glamour and excitement to the world. People were thrilled to see and hear about the marriage of Prince Charles and Lady Diana. The first ever De Lorean DMC-12 was rolled off the production line in Dunmurry, Northern Ireland (seriously, if you needed to Google that please go and stand in the corner facing the wall). Most importantly, the U.S Government hired archaeologist and expert in the occult Dr. Indiana Jones to find the Ark of the Covenant, which was believed to still hold the Ten Commandments. The heavyweight boxer Joe Louis “The Brown Bomber” died but Tony Hodge the heavyweight copier salesman was born!

In 1981 while working for Thomas Hill International selling Nashuatec and Ricoh products (It was while working at Thomas Hill that Tony met Total Business Group Managing Director Rob Winter, and Financial Director Sue Jones). Tony became a force to be reckoned with and a nationally known salesman for his sheer volume and quality of service.  That year, an incentive was issued in which the top salesperson would receive a Ricoh silver watch for selling the most dry toner machines. Tony being the smart and hardworking man that he was put his best skill to work in did what he could to climb the national sales ladder. Tony is known for being a ‘gift of the gab’ type of guy and it was these skills that allowed him to sell the most Ricoh and Nashuatec products during this incentive. Well done Tony!