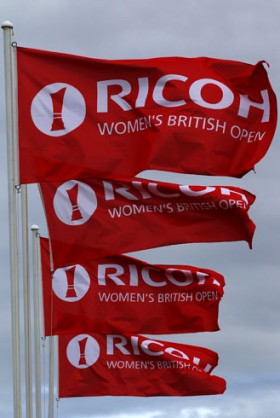 The 2013 Ricoh Women’s British Open will be staged at the ‘Home of Golf’ – The Old Course in St. Andrews, Scotland – for only the second time in the tournaments history this August 1-4.

The championship is one of the golfing highlights of the sporting calendar and, in its 38th year, all involved in the event are excited to be back at one of the most prestigious venues on the planet. In total, The Old Course at St. Andrews has hosted a record 28 Open Championships.

The first time that the event was held there in 2007, Lorena Ochoa, arguably the best Mexican golfer in history and world number one at the time, triumphed by 4 strokes from Jee Young Lee and Maria Hjorth with a total winning score of 5 under par.

Since that day, a considerable amount changed on the course – the notorious greenside bunker on the 17th hole will be widened by 20 inches and the front contour of the green has been reshaped to ensure the sand gathers more approach shots. In total, up to 9 holes will include changes and, for the first time since 1949, new bunkers will be introduced on the right side of the third fairway and on the left side of the ninth fairway, 20 yards short of the green.

The field competing for the title may also look very different to the day that Ochoa cruised to victory, as a number of new contenders have made a name for themselves in the World of Golf.

Last year’s runaway winner, Jiyai Shin, will also looking to add a third title to her collection, having been victorious in 2008, narrowly beating Tseng in her first appearance, and having won in such emphatic style last year at Royal Liverpool.

Catriona Matthew, along with Carly Booth, will be hoping to put in a good performance for Scotland on home soil, with Mathew having fond memories of her championship victory in 2009, there is every chance the trophy could stay in Scotland.